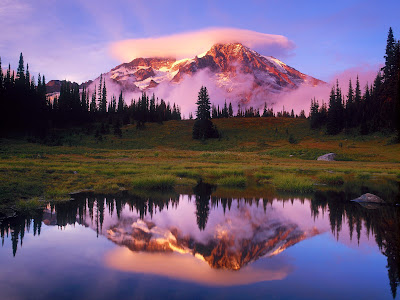 Wishing you a great Friday,


ABOARD THE PAPAL AIRLINER — Inserting himself into the Republican presidential race, Pope Francis on Wednesday suggested that Donald J. Trump “is not Christian” because of the harshness of his campaign promises to deport more immigrants and force Mexico to pay for a wall along the border.
“A person who thinks only about building walls, wherever they may be, and not building bridges, is not Christian,” Francis said when a reporter asked him about Mr. Trump on the papal airliner as he returned to Rome after his six-day visit to Mexico.
The pope’s remarks came during a wide-ranging, midair news conference in which he also waded into the question of whether the Roman Catholic Church should grant an exception to its prohibitions on abortion and birth control in regions where the Zika virus is causing a public health emergency, including in much of Catholic-dominated Latin America.


In answering the question, Francis made a distinction between abortion and birth control. He flatly ruled out condoning abortion, which he described as “a crime, an absolute evil.” But he seemed more open to making an exception for contraception, citing Pope Paul VI’s decision in the 1960s to make an emergency exception and permit nuns in the Belgian Congo to use contraceptives because they were in danger of rape.
“Avoiding pregnancy is not an absolute evil,” Francis said. “In certain cases, as in this one, as in that one I mentioned of Blessed Paul VI, it was clear. I would also urge doctors to do their utmost to find vaccines against these mosquitoes that carry this disease.”
Francis’ comments on Mr. Trump and the possibility of using contraceptives to prevent the spread of the Zika virus are certain to garner strong reactions. On Thursday, the World Health Organization advised the sexual partners of pregnant women to use condoms or abstain from sex if they live in Zika-affected areas or are returning from them.
The church has long opposed the use of artificial contraceptives, a ban reaffirmed by Paul VI in his 1968 papal encyclical, Humanae Vitae. Many Catholics across Latin America and elsewhere ignore the edict, however.

Francis made his remarks about Mr. Trump barely three hours after he had concluded his Mexico trip by presiding over a huge Mass in the border city of Ciudad Juárez. He first walked to the edge of the Rio Grande — as American security officers watched from the other side — to lay flowers at a new memorial commemorating those who have died trying to cross the border.
Francis then celebrated Mass, as a crowd of more than 200,000 people stood barely a stone’s throw from the border and listened to the pope call for compassion for immigrants fleeing chaos, poverty and war.
Mr. Trump has staked out controversial positions on immigration, vowing to force Mexico to build a wall and also increase deportations. He has also made inflammatory comments accusing Mexican immigrants of being rapists and criminals.


Asked whether he would try to influence Catholics in how they vote in the presidential election, Francis said he “was not going to get involved in that” but then repeated his criticism of Mr. Trump, with a caveat.
“I say only that this man is not Christian if he has said things like that,” Francis said. “We must see if he said things in that way and in this I give the benefit of the doubt.”


Mr. Trump responded immediately at a campaign rally in Kiawah Island, S.C. Discussing the Islamic State, “their primary goal is to get to the Vatican.”
“If and when the Vatican is attacked,” he said, “the pope would only wish and have prayed that Donald Trump would have been elected president.”
Earlier in his remarks, he said, “I like the pope.”
In the days before Francis arrived at the border, Mr. Trump criticized the visit, calling the pope a political person and accusing him of acting at the behest of the Mexican government. “I think that the pope is a very political person,” he said.


Mr. Trump, in an interview with Fox Business Network, said: “I don’t think he understands the danger of the open border that we have with Mexico. I think Mexico got him to do it because they want to keep the border just the way it is. They’re making a fortune, and we’re losing.”


Mr. Trump is a Presbyterian and has been trying to make inroads among evangelical voters as he seeks to win the coming set of Southern primaries.
Asked about the comments, Francis laughed. “Thank God he said I was a politician because Aristotle defined the human person as ‘animal politicus,’ ” he said.
“So at least I am a human person,” the pope said. “As to whether I am a pawn, well, maybe, I don’t know. I’ll leave that up to your judgment and that of the people.”
Francis also took questions on a handful of other issues.
Throughout his appearances, he spoke repeatedly about the human costs of Mexico’s drug violence, yet he never met with the families of the 43 students who disappeared in Guerrero State, a case that has caused deep embarrassment for the government. Francis said that he had wanted to meet the families in Juárez, but that practicality and dissension among the families prevented a meeting from happening. Mexico’s drug violence, he said, is “a great pain that I’m taking with me, because this country doesn’t deserve this drama.”
Asked about the continuing problem of clerical sexual abuse, Francis defended his record despite criticism that he is not sufficiently focused on the issue. He listed the things he has done to speed up prosecution of cases in the Vatican’s judicial system, but agreed that “we need to work faster, because we’re behind with the cases.”
The pope made no mention of the recent controversy that erupted after an outspoken member was suspended from his duties on the special commission Francis appointed for the protection of minors. But he described clerical sex abuse as “a monstrosity” and said bishops who transferred abusive priests to protect them should resign.


Francis noted that as soon as next month he is expected to release his much-awaited document on the theme of family, in which one topic on the table is whether divorced and civilly remarried Catholics should be allowed to receive communion. It is an acutely delicate subject within the church, and the pope ducked a direct answer. When pressed, he said that “all doors are open” but that the church could not simply say “from here on, they can have communion.”
Finally, Francis was asked about recent reports about newly disclosed letters revealing the closeness of the relationship between Pope John Paul II and Anna-Teresa Tymieniecka, a philosopher and author who collaborated with John Paul. Francis argued that a close friendship between a man and woman “is not a sin, it’s a friendship. A romantic relationship with a woman who is not your wife — that is a sin. Understand?”
He said that popes were men but that they needed advice and friendship from women. Such relationships need not stir suspicions, he said. “The pope, too, has a heart that can have a healthy, holy friendship with a woman,” he said.
Posted by Betty MacDonald Fan Club at 2:02 AM