Wishing you a very nice Saturday,

The End of the Merkel Era 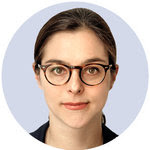 BERLIN — THE next few weeks will most likely determine the future of Germany’s approach to the refugee crisis — and perhaps the future of the country itself.
There are two important dates coming up: a European Union summit meeting on Feb. 18 and 19, which represents Chancellor Angela Merkel’s last chance to win over the rest of Europe to her open-door refugee policy, followed by elections in three federal states in Germany on March 13, which will offer an implicit referendum on Ms. Merkel’s political course.
Future generations might remember the past months as the final days of the age of convergence. On a continental level, “convergence” means the postwar political development toward an “ever closer union” among the European nation-states, in the words of the German historian Andreas Wirsching. Until recently, convergence seemed almost like a law of nature, an inevitability that could be slowed but never reversed.

For the last decade — the Merkel era — “convergence” has been applied to developments within Germany as well. The cultural and economic differences between East and West Germany, though still significant, appeared to be shrinking. Society seemed to become ever more tolerant, for example toward gays and career moms. The children and grandchildren of Turkish immigrants made it to important positions, rooting them in mainstream society. The grand coalition between the Social Democrats and the Christian Democrats seemed to erase what remained of left and right. As a woman, an East German and a moderate in every respect, Ms. Merkel was at once the result of and the leading figure in this development.
Those were the days, and those days are gone.
Powerful centrifugal forces are now at work. The German party system is being rearranged. Those who feel they were the losers in this age of increased diversity — easterners, older white men — are taking their anger to the Internet and the polls, voting for the far-right Alternative for Germany party that promises to fight “political correctness” and shut the border.
Forecast to get 7 percent to 15 percent of the votes in the coming state elections, Alternative for Germany is winning voters away from the once-grand Social Democrats, which is polling as low as 13.5 percent in the state of Baden-Württemberg, and outpolling the Greens. In Germany, where governments are typically composed of coalitions of the leading parties, having the far right in the mix is unsettling, to say the least.
It’s not just about politics. On the streets, even among families, there is anger and unrest. Violence against homes for asylum seekers is on the rise. The debate online is a heated blur of biased presumptions, where citizens accuse the government and German news outlets of lying to their face and turn to Russian state media for information.
The most evident symptom of disintegration is maybe Angela Merkel herself. For years, her high approval ratings made her unassailable. Now, suddenly, 81 percent of Germans disagree with the government’s management of the migration crisis, and a poll last week found her personal approval rating had dropped by 12 percentage points, to 46 percent. Ms. Merkel, once the center of Germany’s centrism, is marginalized, too.

The narrative of convergence is a teleological one. The “ever closer union” is not just a term in a treaty, or a sober description of what we have witnessed in the past decades. It’s what we thought was naturally meant to be, what Europe was supposed to do.
The same applies to the ever closer union of German society. For sort-of-leftish urbanites like myself, the notion that we might be slipping into a phase of disintegration — not to say regression — is particularly painful, because it shows we had bought into a lie, the lie that history is a one-way street, always moving toward a free, liberal, multicultural society. The anxieties caused by the influx of migrants show that many Germans no longer share this vision, if they ever did.
Perhaps Ms. Merkel herself got caught in the same trap. Her wholehearted embrace of refugees last summer, and her assertion that welcoming them was a communal European effort, seemed predicated on the belief that every development was a step forward.
It’s hard to say what’s going to happen next. Ms. Merkel probably won’t pivot completely, not this time, but in her usual, cautious way, she has already started to shed the image of “Mother Merkel.” At a regional party convention on Jan. 30, she directly addressed the refugees: “When there is peace again in Syria, when ISIS is defeated in Iraq, we expect you to return.”
Meanwhile, one of Ms. Merkel’s closest allies and a leading candidate in the March elections, Julia Klöckner, has offered a proposal on refugees that would essentially place a cap on the number of people admitted to the country — something Ms. Merkel has herself refused to do. Ms. Klöckner’s plan is widely seen as a Merkel trial balloon. But given the severity of the tremors shaking Germany, even quotas are unlikely to settle things.
Professor Wirsching argues that crises have interrupted convergence, but have also ultimately created new lines of cooperation that have eventually brought the Continent closer together. And maybe, in the long run, the same can be said about Germany. I just don’t see that day coming soon.


Anna Sauerbrey is an editor on the opinion page of the newspaper Der Tagesspiegel and a contributing opinion writer.