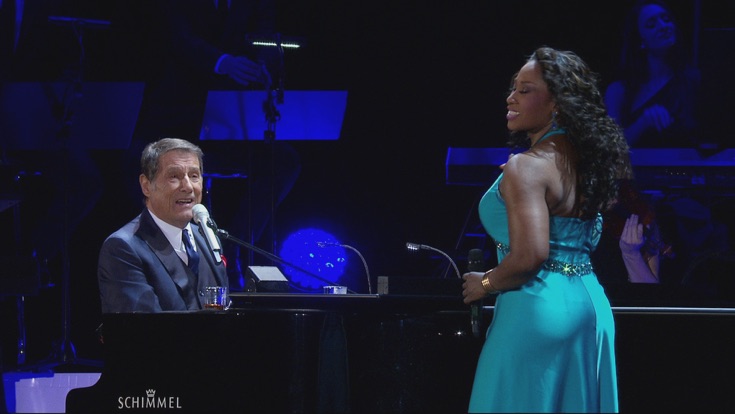 Udo Jürgens: So lives his last great love for the millionaires


The entertainer would celebrate his 85th birthday on September 30th. Now his partner Michaela Moritz gives the fans a moving book, it was Udo's heart's wish.
The sun is shining on the lake in southern Germany this Friday in August when Michaela Moritz, 49, takes her dog on a walk. She meets acquaintances, they talk and laugh. Michaela Moritz looks relaxed and happy. It is nice to see that Udo Jürgen's last great love goes well.
It has been five years since the popular singer died on December 21 of heart failure. During a walk near the house in the Swiss village of Gottlieben, where he lived with  Michaela and was so happy during his last years. ”


He planned to marry her

With the Austrian author (she studied philosophy and literature and was awarded the Austrian Young Talent Prize for Literature) he has had an intimate relationship with him since the early 2000s intellect . Moritz was one of the few people he trusted and shared in his (partly melancholic) thoughts. In 2004, their joint novel "The Man with the Bassoon" appeared, since then the couple was inseparable despite the great age difference.
BUNTE exclusively reported that Udo Jürgens even planned to marry Michaela. Maybe he suspected that after his death, she could face quarrels with his descendants and his boss. That's how it happened. But in the meantime, Udo's favorite people have shared his legacy. Per capita, each of his four children is said to have received about ten million Swiss francs, Michaela Moritz.
Before the family came to court with Michaela Moritz, there was a big inheritance dispute.

As a bonus for her years of love and loyalty, Michaela Moritz was given the right to continue publishing books on Udo Jürgens. BUNTE knows that from the immediate environment of the Jürgen family. Udo wanted not only his more than 1,000 self-composed songs to continue after his death, but also for people to know who and what touched him during the fall of his life. As guardian of this treasure, he chose his sweetheart. On September 30, Udo Jürgens celebrated his 85th birthday. In memory of this date, Michaela Moritz now makes fans of the stars a special gift: The August 28 book "Game of Life", which Michaela Moritz (since 2006 until his death) wrote together with Udo Jürgens.

Udo Jürgens (born Jürgen Udo Bockelmann; 30 September 1934 – 21 December 2014) was an Austrian-Swiss composer and singer of popular music whose career spanned over fifty years. He won the Eurovision Song Contest 1966 for Austria, composed close to 1,000 songs, and sold over 100 million records.[1] In 2007 he additionally obtained Swiss citizenship.[2]
He is credited with broadening German-language pop music beyond the traditional postwar "Schlager" (hit song) in the 1950s by infusing it with a modern pop appeal and French chanson style. His compositions and arrangements attracted fans of all ages. Until his death at age 80 he continued to fill venues in Germany, Austria, and Switzerland.[3]

In 1952 Udo Bolan, as he was called then, formed the Udo Bolan Quartet In Klagenfurt, Austria appearing regularly at the Café Obelisk in Klagenfurt with Englishman Johnny Richards on drums, Klaus Behmel on guitar and Bruno Geiger on Bass. The quartet played regularly at various dance and jazz venues and also broadcast on Radio Alpenland and the British Forces Radio network produced by Mike Fior.
In 1950, he won a composer contest organized by Austria's public broadcasting channel ORF with the song "Je t'aime". He wrote the 1961 worldwide hit "Reach for the Stars", sung by Shirley Bassey.[4]
In 1964, he represented Austria for the first time at the Eurovision Song Contest 1964 with the song "Warum nur, warum?", finishing sixth. The UK participant, Matt Monro, was impressed with the melody and covered the song (with English lyrics by his manager Don Black) as "Walk Away," which reached number four in the UK Singles Chart and number 23 in the US Billboard Hot 100 chart.

Udo Jürgens, 1987
Jürgens' song "Sag ihr, ich lass sie grüßen" came fourth in 1965's contest, and on his third try he won the Eurovision Song Contest 1966 in Luxembourg with "Merci, Chérie", which became an English-language hit for Vince Hill, another cover by Monro, and one of Jürgens' most recognized compositions. Jürgens' version alone sold over one million copies, and he was awarded a gold disc by Deutsche Vogue in 1966.[5]
In the following years, he wrote the songs, like "Griechischer Wein", "Aber bitte mit Sahne", "Mit 66 Jahren", and — one of his biggest successes — "Buenos Días, Argentina", which he performed together with the Germany national football team in 1978.
In 1977, he invited The Supremes to appear as guests on his televised and recorded gala concert. The Supremes (Mary Wilson, Scherrie Payne, and Susaye Green), who were on a brief farewell tour of Europe at the time, performed two of their own hits, "You Are The Heart of Me" and "You're My Driving Wheel", as well as a duet with Jürgens' "Walk Away" in English.[6]
In 1979, he released a disco album entitled Udo '80. It produced a hit song "Ich weiß was ich will". This song was also released as a 12 inch disco single in an extended remix for discothèques.
On 2 December 2007, the jukebox musical Ich war noch niemals in New York (I've never been to New York) opened in Hamburg's Operettenhaus. It weaves songs by Jürgens into a familial storyline, similar to the treatment of ABBA songs in Mamma Mia!, the musical it succeeded at the venue.
Since 2015, Udo Jürgens holds the worldwide-record as the artist with the longest presence in the charts ever - more than 57 years from his first entry 1958 till 2015. [7]

Udo Jürgens, 2010
"Merci, Chérie", whose original German lyrics were written by Thomas Hörbiger, has been translated or adapted into several languages and covered by dozens of artists in both vocal and instrumental recordings. These versions include:
Jürgens himself recorded many of the translations for international release, including a version in Japanese. More recent covers include Belinda Carlisle's 2007 recording of the French version.[8]
In addition to recording Cavendish's "Merci, Chérie" lyric, Matt Monro covered five more Jürgens compositions, all with English lyrics (unrelated to the German ones) written by his manager Don Black. Four of these became closely associated with the British singer (and were subsequently covered by Jürgens himself):
A fifth Jürgens song, "In Dieser Welt," became "Lovin' You Again," and in 1969 Monro recorded both Spanish and English versions, the latter not released until August 2012.[9] (Monro also recorded Spanish versions of "Walk Away" and "The Music Played"; all three Spanish lyrics were adapted for Monro from Black's versions by Leonardo Schultz, who also produced the Spanish recordings.)
In one of his last recording sessions, Bing Crosby covered an English version of Jürgens' "Griechischer Wein" called "Come Share The Wine," which also was written by Black.[10] The song was released after Crosby's death in 1977 as the title track of a compilation album and was later recorded by Al Martino.
In the early 1990s, the German thrash metal band Sodom released a 'metalized' cover of the boogie "Aber bitte mit Sahne".
In 2009 the German band Sportfreunde Stiller covered "Ich war noch niemals in New York" together with Jürgens on their MTV Unplugged concert in Munich.

On 21 December 2014, Jürgens died of acute heart failure in Münsterlingen, Switzerland at the age of 80. With Austria's success at the 2014 Eurovision Song Contest, the first since Jürgens' success in 1966, Jürgens expressed his interest in performing in the interval of the next contest. With his death, the organisers of the 2015 contest in Vienna paid tribute to him with a tribute day on 20 May and at the beginning of the grand final.[11][12]

Udo Jürgens was not related to the singer Andrea Jürgens nor to the actor Curd Jürgens.

Save the planet - Support Greta Thunberg

Dearest Greta we support you in every way we can!

Posted by Betty MacDonald Fan Club at 7:59 AM 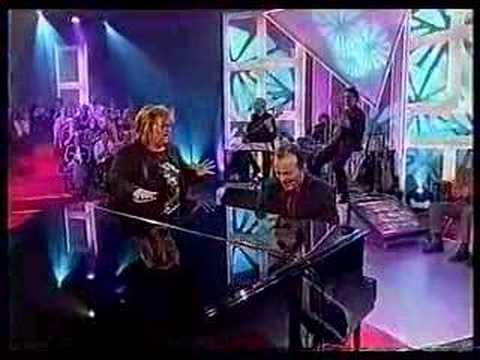