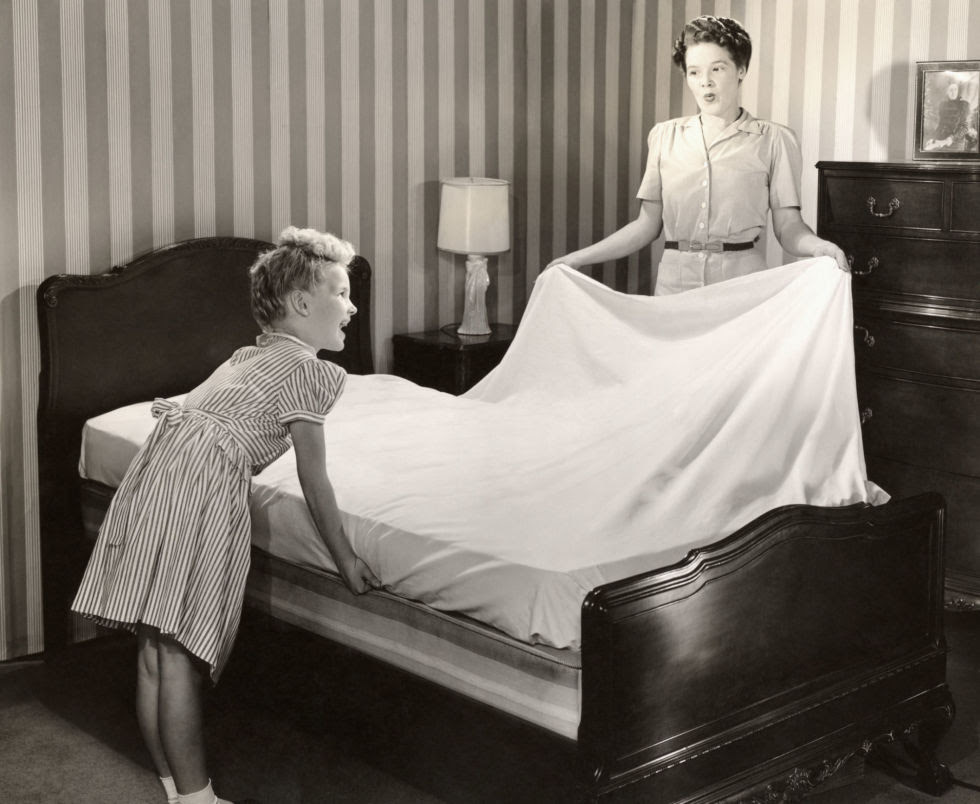 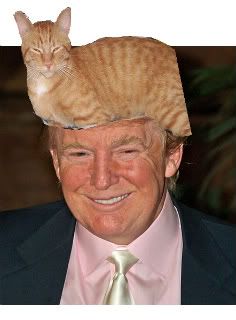 In 1945, Betty MacDonald wrote her autobiography, The Egg and I, chronicling her life from childhood through to an egg ranch in the remote Olympia mountains of Washington where their neighbors were Ma and Pa Kettle.  (Think Claudette Colbert, Fred MacMurray, Marjorie Main, and Percy Kilbride.)  Reading this book as a kid, I saw only that it was funny.
As an adult, though the story remains witty and descriptive, I realize that Ms. MacDonald really wasn't happy to follow her husband into the wilds, and now I know they later divorced.  Be that as it may, there is still one aspect in which we have similarities:  Gammy's bed.
Betty's family residence included her grandmother, Gammy, who was a terrible cook and housekeeper and drove Betty's oh-so-proper mother to distraction.  Gammy was, however, the childrens' best friend, and her bed was a safe, if lumpy, haven.  An excerpt:  "...with her nightgowns, bed jackets and several extra sets of 'chimaloons' folded under the pillow, her Bible tucked under the sheet at the top right-hand side, any book she happened to be reading tucked under the sheet on the other side, little bags of candy, an apple or two, current magazines, numerous sachets and her bottle of camphor just tucked under the blankets or scattered under the pillows within easy reach."
Still in the throes of sprucing up the house, I realize my chair is the equivalent of Gammy's bed.  There are two small tables on either side of the chair, laden with the dog brush I grab to comb Bessie or the cats when they're on my lap; books I'm either reading, have read, or am going to read; hand lotion (when I remember to use it); thread, needles, and the beeswax to condition the thread for any beading project that might come to mind; any mail that isn't a bill and doesn't require immediate attention (if I wait long enough, it will be out of date and can be pitched); the half-finished sock I'm knitting when not working on something else; breath mints; various mail order catalogs that I can't throw out because I might need something (I never order anything, but one never knows when the urge might strike); the telephone; bright pink polish for toenails (my fingernails are in such deplorable condition I'd never want to call attention with polish); the remote controllers; a book of Sudoku puzzles that I pick up when I don't have a project in the works; a coffee cup stuffed with pens, pencils, crochet hooks and knitting needles; and the ever-present ashtray.  Other items may come and go, but these things form my own little island.  It's not easy to get up to get something once I get settled as Frank is usually on my lap, with Bessie Anne on the footrest with her head on my legs.  Pearl fits herself into whatever space is left over.  I may reorganize and dust under and possibly thin out, but I need all these things close by.  Gammy would understand.
Posted by Bo at 8:17 AM

We got letters from Gammy. She was a very intelligent Lady with a good sense of humor like all Bards. There is no doubt that Betty MacDonald was Gammy's favourite grandchild.