Trump and his excellent grades

Trump's allies pressured his former school to hide his grades

US president has consistently boasted he was a superb student 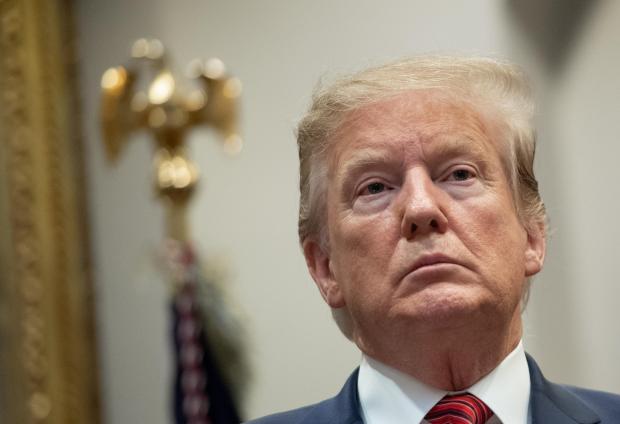 A military academy that Donald Trump attended as a teenager concealed his academic records in 2011 in response to pressure from Trump allies, The Washington Post reported Tuesday.
The New York Military Academy came under such pressure after Trump challenged then president Barack Obama to release his own academic records, with Trump saying he was surprised such a "terrible student" got into Ivy League Schools.
Evan Jones, the headmaster of the military academy at the time, told the Post that the superintendent of the private school "came to me in a panic because he had been accosted by prominent, wealthy alumni of the school who were Mr. Trump's friends" and wanted to keep his academic records secret.
Trump has consistently boasted he was a superb student throughout his youth.
The school's superintendent, or director, at the time, Jeffrey Coverdale, told the paper that he rejected a request from members of the school's board of trustees to hand over Trump's records to them.
"I moved them elsewhere on campus where they could not be released. It’s the only time I ever moved an alumnus’s records," Coverdale told the Post.
Trump spent five years at the military academy starting in the fall of 1959. He has said his parents concluded he needed more discipline.
Last week Trump's former personal attorney, Michael Cohen, testified to a congressional committee last week that one of his jobs was to threaten lawsuits against the schools that Trump attended so they would never release his grades.
Jones said he did not know if the original request to obtain Trump's records at the military academy came from Cohen.
Jones said he found the records in a filing cabinet in the basement of a building on the campus, which is about an hour's drive north of New York City.
"I don’t know if we should be doing this," Jones recalled telling his boss.
"He told me that several wealthy alumni, including a close friend of Mr. Trump, were putting a lot of pressure on the administration to put the record in their custody for safekeeping."

Posted by Betty MacDonald Fan Club at 2:01 AM