A successful professional pop musician with a convincing rendition of a very intimate song: the northern German was the clear favorite at the country's national finals for the Eurovision Song Contest. 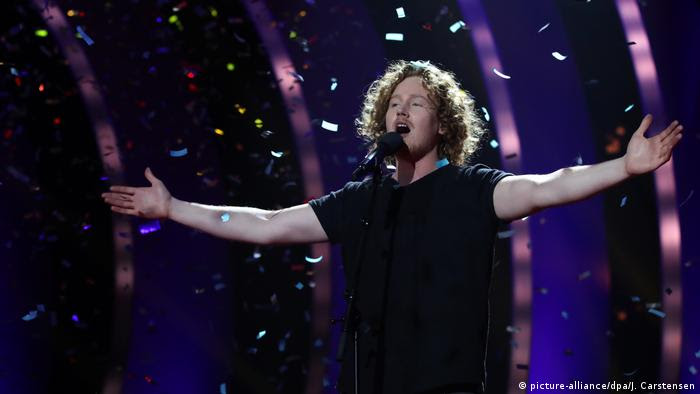 "Our Song for Lisbon" was the title of the show in Berlin on Thursday to decide which of six contenders would represent Germany at the 63rd Eurovision Song Contest on May 12. That song is "You Let Me Walk Alone" and is about the relationship of the 27-year-old northern German musician to his father, who died 13 years ago. The song goes through the head and up and down the spine at first listening, and one finds oneself wanting to hear it again.
Successful pop musician
Michael Schulte may still be unfamiliar to the television public, but he has 1.2 million Spotify listeners each month, and his YouTube channel is also very popular. Schulte has released seven albums and heads his own production company. After his triumph was announced, the singer, composer and producer was hugged by his competitors and the two hosts, television moderators Linda Zervakis and Elton. Schulte seemed to be pleased but not all that surprised at his victory.
This year at Germany's national ESC final, three groups were equally represented in the decision-making process: an international jury, a panel of 100 ESC experts from Germany and viewers at home calling in their favorites. All three awarded the highest number – 12 points – to Schulte. 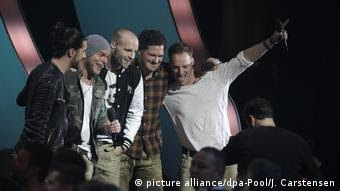 The populace are thrilled, the experts less so, by voXXclub's straight-ahead folk music in Bavarian dialect

Bye-bye smooth pop songs
Many of those watching at home may have been disappointed that voXXclub didn't win: They awarded 10 points to the five musicians from three Alpine countries, but the juries of experts were less enthused by voXXclub's folksy music spiced with yodeling.
The lowest number of points went to the two female solo acts Natia Todua and Ivy Quainoo. With Todua, it seemed that the song "My Own Way" was a bit too smooth for her rough-edged, passionate voice. She tried to inject emotion into it but to no avail. 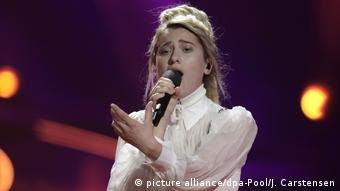 The two male solo acts Ryk, with his melancholy song "You and I," and Xavier Darcy with "Jonah" raked in only a middling amount of points. Ryk's classical-sounding ballad can only be really appreciated at the second or third hearing, which for an ESC entry might be fatal. With his wobbly vibrato voice and odd piano harmonies, it was nonetheless a courageous and interesting entry complemented by a dancer in a flowing white dress who stretched across the piano before giving a silent commentary to the song in the form of expressive dance. 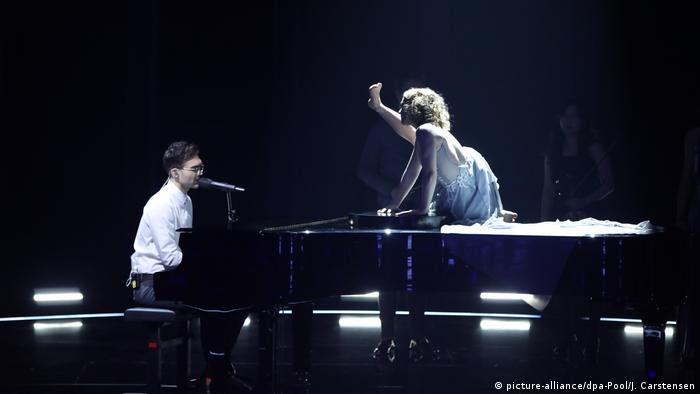 Ryk was not alone with his song

Darcy, for his part, gave a no-frills performance with a guitar as his only prop, singing with spontaneity and pointedly uncultivated vocal energy as though his life depended on it. He lived the moment, but it didn't carry him through.
In all, 43 countries will enter the 63rd Eurovision Song Contest in Lisbon, and several have already chosen their candidates. Germany now has a serious entry that could stand out and, at least with many listeners, stay in memory.