Poles in UK struggle with Brexit

Renata remembers clearly the morning after the Brexit vote in June 2016, when the Polish parents at her son’s school in Northamptonshire gathered by the school gates. Lost for words, the English parents would hurry past, avoiding eye contact.
“You could tell people were in a state of deep shock. They were trying hard not to look at the group of foreigners standing there – not knowing how to take this all in. Emotions were running high that day. When September came, I realised that many Polish families had moved back home.”
Now 42, Renata, who asked not to be identified by her full name, moved to London from the industrial region of Silesia in south-western Poland in 1999, five years before the country joined the EU. “I loved the freedom. I remember thinking: ‘This is it! This is my place on Earth.’”
While living in London she had a son with her then partner, but moved to a small town in Northamptonshire with her son after the relationship ended. There, she set up a business, and lived what she describes as “a quiet life”, until the Brexit vote turned her world upside down.
“I remember waking up in the middle of the night just as the results were coming in and the shock of hearing that people voted for Brexit. I felt sick. I couldn’t believe that people no longer wanted to be a part of something that I felt was so good to me and my friends, and to this country, which I thought was my country too.”
On Thursday the Polish prime minister, Mateusz Morawiecki, issued a rallying cry to Poles living in the UK, urging them to return home to help Poland’s economy grow. “More and more are coming back and I’m pleased about that because there is a low level of unemployment,” Morawiecki told the BBC. “Give us our people back.” 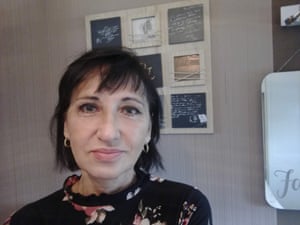 In a series of conversations with the Guardian, Poles have described their shock, dismay, and in some cases, their anger at what many perceive as a resounding rejection of their presence in Britain, and their struggle to come to terms with the uncertainty surrounding their rights and future status.
“We were full of admiration for this country, and we were enjoying a fantastic life, but everything changed in 2016,” says Ewa Lewecka, a teacher who moved to the UK with her two children in 2005. “Now I feel disappointed, unhappy, unwanted. The country is not the same, the people are completely different.
“The worst thing is the loneliness. I feel like everything collapsed, and I’m not alone in feeling that. This country is a nightmare at the moment. I used to love it here. Now I count the days until my next visit to Poland. If it wasn’t for my son I would be back already.”

‘The mood is very tense’

There are approximately 900,000 Polish nationals living in Britain, the largest group of foreign nationals in the UK, and Polish is the second most widely spoken language in Britain after English. But statistics suggesting a sharp downturn in net migration from central and eastern Europe and acute labour shortages in sectors such as construction and hospitality appear to support strong anecdotal evidence that thousands of Poles are on their way out.
In a survey of 600 Polish business owners in the UK, 45% said they were considering moving back to Poland or to another country due to Brexit, while 30% said Brexit had already directly affected their relations with the surrounding community.
Of those who said that Brexit had affected them directly, many cited a rise in hostility towards migrants in the wake of the referendum result. If people or their children experience some kind of prejudice, it affects them very deeply, says Bartosz Kowalczyk, of Polish Business Link, which conducted the survey. “The mood is very tense.”
The British government has made efforts to reassure members of the Polish community. At a meeting with Morawiecki last month, Theresa May declared in English and Polish: “We want you to stay.” But that message is being muddled by mixed signals. There are concerns, for instance, over proposals to introduce a minimum salary threshold of £30,000 for EU workers after Brexit. 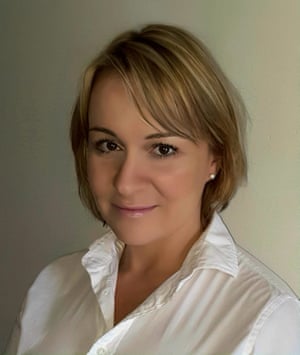 “One moment May tells them that she wants them to stay, the next moment they hear of all these different conditions,” says Niko Cichowlas, who moved from Poland to the UK in 1981 and runs a construction company in London with a large proportion of Polish employees, many of whom have returned since the referendum. “They are feeling lost.”
Particular offence was caused by May’s suggestion last year that EU nationals had “jumped the queue” in search of jobs in the UK, compounded by now dropped proposals to make EU nationals pay a £65 fee for “settled status” after Brexit.
The exasperation remains. “This is an insult to me, to my kids, to my friends who came after Poland joined the EU,” says Damian Wawrzyniak, a successful chef and consultant with a restaurant in Cambridgeshire, who moved to the UK in 2004. “I feel unwelcome. It’s not about the money. I came here legally, never had any problem with the law, paid my taxes, never spent a day on benefits. I’ve worked every day since I came here 15 years ago – why should I apply again?”
For Alicia Kuczyńska, who moved to the UK as a 20-year-old student in 2003, but returned to Poland in September, making the move back was not easy.
“I spent my whole adult life in Britain. In many ways, I think I am more British than Polish,” she says. “It has been quite hard to adjust here in Poland, but I could just feel that where I was living in Bournemouth people didn’t like immigrants, they didn’t want them to succeed. My friends’ kids were being bullied at school.”
Many Poles are attracted home because of a robust economy and a steady rise in living standards since EU accession. Rising living costs in the UK and a steep fall in the value of sterling is also making Britain a much less attractive proposition.
“There is a clear pull factor from Poland,” says Agnieszka Smoleńska of Polityka Insight, a Warsaw-based centre for policy analysis, who studied in London in the late 2000s. “Many people in my generation see opportunities in Poland that we never saw before.”
But, according to the Guardian’s conversations with Poles, there is also a strong sense of disillusionment.
“When I came here I was like: ‘Wow, the English are so tolerant,’” says Sławomir Kaczyński, 34, who works in the catering sector in Dartford but has just accepted a job offer in Iceland. “But after five minutes they start crying that they pay for everything and that foreigners steal their jobs. After Brexit the country showed its true face.
“When I hear the guys talking, they feel that the British are turning against them, they feel this rightwing antagonism, and some of them end up becoming quite anti-British themselves – the process works both ways. They feel under attack, it is very sad.”