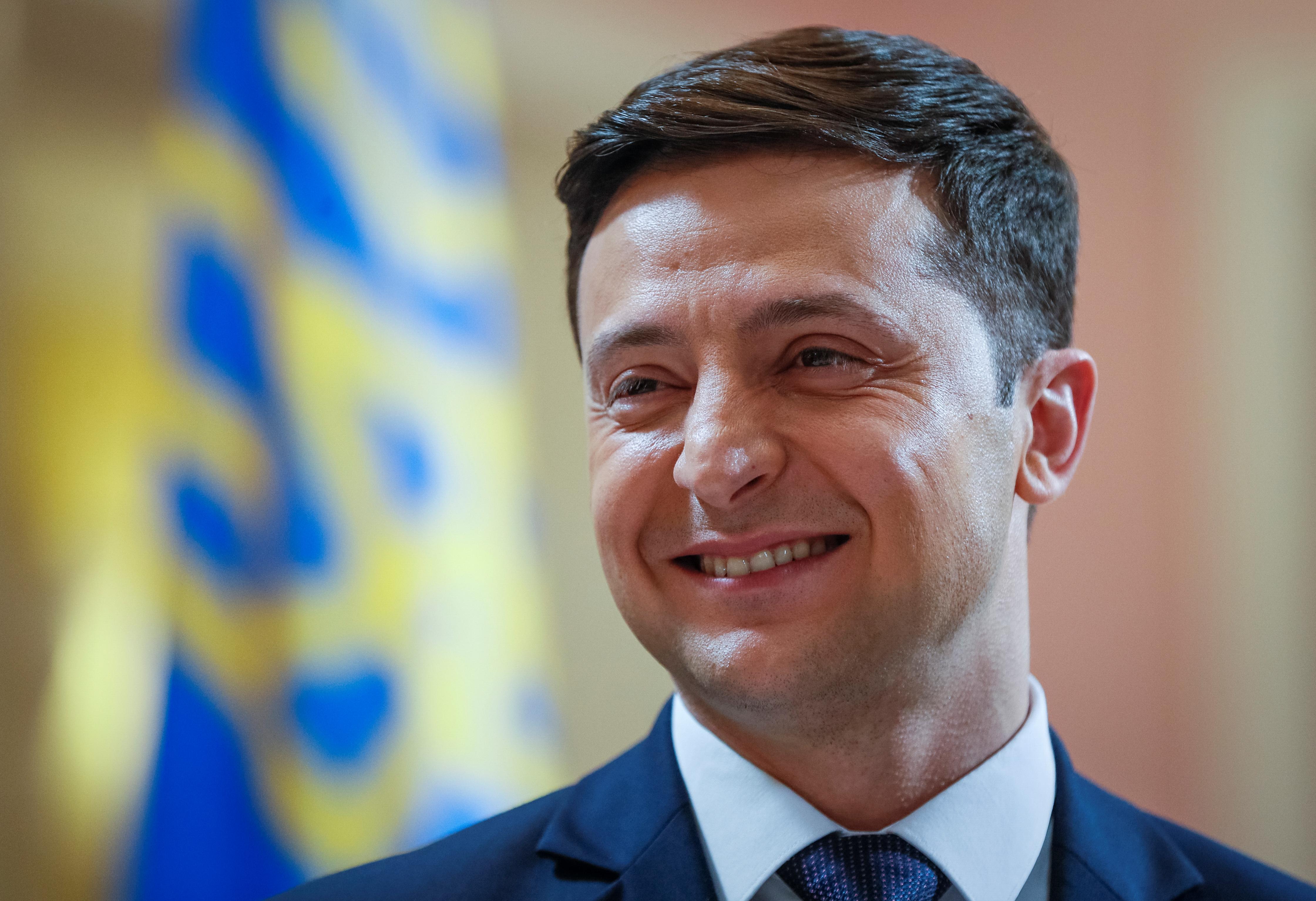 A comedian with no political experience has won the most votes in the first round of Ukraine's presidential elections, according to exit polls.
They say Volodymyr Zelenskiy - who played the president on TV - received 30.4% of the vote, with current leader Petro Poroshenko second on 17.8%.
The two - who have expressed largely pro-EU opinions - are set to take part in a run-off election next month.
Ex-PM Yulia Tymoshenko appears to have been eliminated on a projected 14.2%.
"I'm very happy but this is not the final action," Mr Zelenskiy told the BBC's Jonah Fisher minutes after the exit polls were announced.
Mr Poroshenko described his forecast second place as a "harsh lesson".

The interior ministry says hundreds of electoral violations have been reported, but foreign observers say the vote appeared to be mainly smooth.
A total of 39 candidates were on the ballot paper, and with none receiving 50% the top two will go forward to the run-off on 21 April.
The Ukrainian president has significant powers over security, defence and foreign policy and the ex-Soviet republic's system is described as semi-presidential.


Who is Volodymyr Zelenskiy?

Mr Zelenskiy is aiming to turn his satirical TV show Servant of the People - in which he portrays an ordinary citizen who becomes president after fighting corruption - into reality.
He has torn up the rulebook for election campaigning, staging no rallies and few interviews, and appears to have no strong political views apart from a wish to be new and different.
His extensive use of social media appealed to younger voters.
Mr Zelenskiy's readiness to speak both Russian and Ukrainian, at a time when language rights are a hugely sensitive topic, gained him support in Ukraine's largely Russian-speaking east.


How did we get here?

Mr Poroshenko, a chocolate magnate and one of Ukraine's wealthiest people, was elected in a snap vote after former pro-Russian President Viktor Yanukovych was toppled in the February 2014 Maidan Revolution, which was followed by Russia's annexation of Crimea and a Russian-backed insurgency in the east.

The next president will inherit a deadlocked conflict between Ukrainian troops and the eastern separatists, while Ukraine strives to fulfil EU requirements for closer economic ties.
The EU says that about 12% of Ukraine's 44 million people are disenfranchised, largely those who live in Russia and in Crimea, which Russia annexed in March 2014.
Mr Poroshenko aimed to appeal to conservative Ukrainians through his slogan "Army, Language, Faith".

He says his backing for the military has helped keep the separatists in check. He also negotiated an Association Agreement with the EU, including visa-free travel for Ukrainians. During his tenure the Ukrainian Orthodox Church has become independent of Russian control.However his campaign has been dogged by corruption allegations, including a scandal over defence procurement, which erupted last month.


Yulia Tymoshenko served as prime minister and ran for president in 2010 and 2014. She played a leading role in the 2004 Orange Revolution, Ukraine's first big push to ally itself with the EU.