Betty MacDonald, new contest and Anybody can do anything

I agree with your serious warnings. It's very dangerous indeed when you listen to beloved Betty MacDonald and sister Alison Bard Burnett in Wolfgang Hampel's interviews.

I listen to Betty MacDonald, Alison Bard Burnett and Wolfgang Hampel very often because they always make me laugh. A good friend of mine roared with laughter and nearly fell off the chair. Laughter is healthy but sometimes it can be also dangerous.

You can't stop laughing and people might think you are crazy.

Thanks a million in advance for your outstanding support.

You can vote for your favourite Betty MacDonald book cover.

He is a real Casanova but this magical guy got fans from all over the world.

Thank you so much for sharing this witty memories with us.

Wolfgang Hampel's Vita Magica guest reader in June  is a very famous personality in many countries.

Jamie-Lee with Ghost got over 7 million views and over 62.000 people like the song.

The Dalai Lama says ‘too many’ refugees are going to Germany

By Max Bearak May 31 (Ashwini Bhatia/AP)
Speaking to German reporters in the de facto capital of Tibet's exiled government, the Dalai Lama apparently said that "too many" refugees are seeking asylum in Europe.

"Europe, for example Germany, cannot become an Arab country," he said with a laugh, according to AFP, which quoted from an interview the spiritual leader gave to Frankfurter Allgemeine Zeitung, a German newspaper. "Germany is Germany. There are so many that in practice it becomes difficult."
It was an unexpected extension of sympathy for a sentiment that has found fertile ground mostly among nationalist groups. The Dalai Lama, who often speaks of humanity's need to acknowledge its "oneness," is a refugee himself. After Tibetans rose up against Chinese limitations on their autonomy in 1959, the current (and 14th) Dalai Lama led tens of thousands of his followers to India, where they and their descendants have lived since. An estimated 120,000 Tibetans live in India, and those born in the country can vote.


[Far-right German group got upset about candy packaging and now looks quite silly]
"From a moral point of view, too, I think that the refugees should only be admitted temporarily," the Dalai Lama said.


[Changing region, changing lives]
The bulk of Arab refugees he was referencing are fleeing Syria's brutal and seemingly endless civil war, and its spillover into Iraq. But the truth is that the vast majority of those refugees are not seeking asylum in Europe, but in Turkey and two other Arab-majority countries, Lebanon and Jordan. Germany is a country of 80 million people and has accepted just over 1 million refugees. Before the war in next-door Syria, Lebanon had a population of more than 4 million people. It has since taken in well over a million Syrians.
Beyond the skepticism, the Dalai Lama did convey his characteristic compassion.
"When we look into the face of every single refugee, especially the children and women, we can feel their suffering," he said. "The goal should be that they return and help rebuild their countries."

The shifting sea routes of Europe’s refugee crisis, in charts and maps
Eerie photos show the aftermath of a rapidly evacuated refugee camp
Almost 1,000 people have been killed in attacks on health-care facilities since 2014, WHO says

One aspect of a gentleman is his attention to detail and a very important detail should be his health. While it might be easy to grab something quick and sugary for breakfast, an ideal breakfast should be high in protein and have enough healthy fats to keep you satiated for the first few hours of the day.


After you down a liter of water (you become dehydrated when you sleep) a good breakfast is the best way to tackle the rest of the morning.  I am a huge fan of cooking.  Sometimes things turn out badly, but after a while you start to know what would taste great.  That way you can experiment and create healthy meals for yourself, instead of being at the mercy of whatever the local restaurant serves you.  Here's a recipe for my latest success: 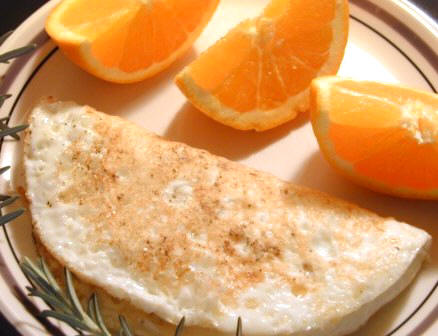 
optional - I add a load of red pepper flakes, because I love spicy food


sprinkled cheddar cheese on top for taste and appearance


Heat frying pan on a stove top set at medium-low to medium. If your pan is not non-stick, you should spray it with a cooking spray first.  Allow the pan to heat for a moment while you combine the ingredients (no more than 2-3 minutes).


With a fork or whisk mix the eggs, cottage cheese, basil and other optional additions.  Pour into pan.  I put a lid on the pan to allow the heat and steam to cook the top of the omelet; this will make flipping the omelet much easier.  After you flip the omelet, add the shredded cheddar cheese to the cooked side. After the eggs are sufficiently cooked through, serve and enjoy!


For additional health tips, check out my classmate's blog about healthy living.  Her blog goes into greater detail about healthy diet and fitness.  Definitely worth checking out (link below).

Mrs. Piggle-Wiggle was created as series of bedtime stories that Betty MacDonald told her children and grandchildren. MacDonald’s adult books (THE EGG AND I, THE PLAGUE AND I, ANYBODY CAN DO ANYTHING, and ONIONS IN THE STEW) are brilliantly humorous and her children’s books are also amusing. Kids enjoy the over-the-top portraits of naughty children with bad habits, while adults will smile at the nudge-nudge-wink-wink humor that’s directed at sophisticated grown-ups. Mrs. Piggle-Wiggle cures kids (of interrupting, of staying up late, of not bathing, etc.) by a variety of methods that seem may alarming to modern sensibilities (usually slipping the kids a mickey or hiding some tonic or concoction in their food or beverage. Imagine!) Many readers think MRS. PIGGLE-WIGGLE’S FARM is the weakest volume in the series, because it’s the “boring” one in which the kids solve their own issues (i.e. a girl who’s afraid of the dark must get help for the injured Mrs. P-W by venturing outside at night) but it’s actually my favorite because it involves no magic and features kids who empower themselves rather than kids doped into dazed submission by kindly old Mrs. Piggle-Wiggle. The four books in the series are:

They can be found in first edition from $50 to $150, with MRS. PIGGLE-WIGGLE’S FARM usually the most expensive, since it features illustrations by the young Maurice Sendak.

Posted by Betty MacDonald Fan Club at 7:48 AM